As I have been cutting and organizing my scraps there were chunks I didn’t want to just throw away.  Some pieces, that were around an inch wide or less, I held onto because I liked the fabric.  The more I cut I realized I was running out of room.  I had to let go.

Maybe I didn’t need to completely let go.  P and I hit up Dollar Tree a couple of weeks ago and I found this wire wreath.  Best deal, I should have bought 12.  I refrained since I’m trying to purge.  So much cheaper than this wreath. 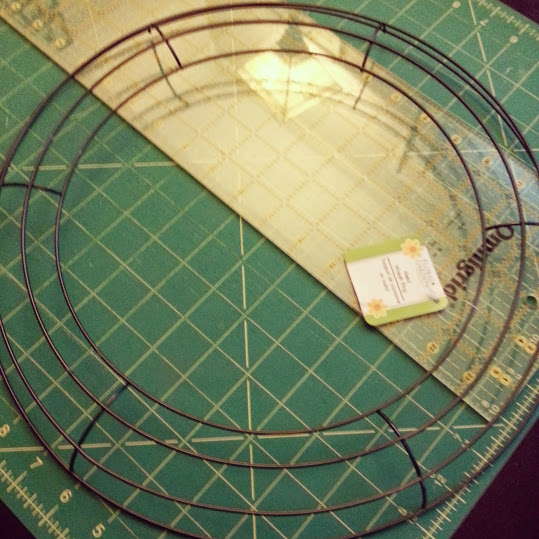 During calls at work I would tie the scraps onto the wreath.  It only took a few days since I was still cutting scraps down.

Instead of putting a sign on my stating, “Warning, a quilter lives here,” this wreath will help ward people off.  It adds such a pop of color to my black front door. 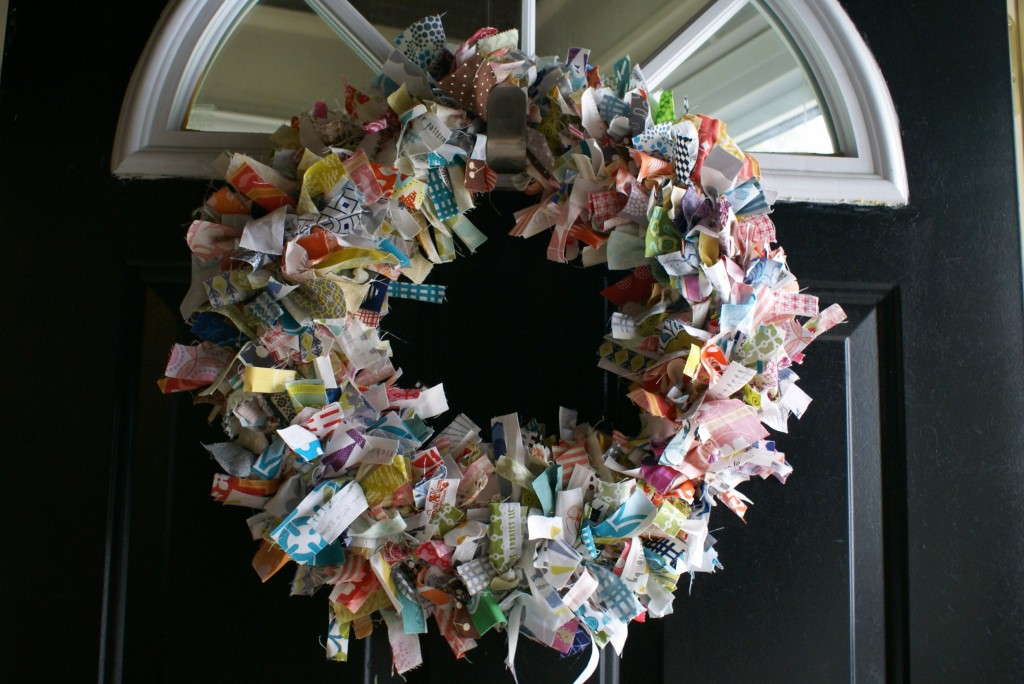 Wonder if I have enough to make another one?  HMMMMM.  I have started a bin to keep the smaller pieces for the future.

Add Quiltytherapy to your blog reader